1999 – Don Jacobs, Fayde Macune, and Jana Orkney held public meetings, and looked at possible land from Conejo Recreation and Parks District and the City of Thousand Oaks open space. Their proposals laid the groundwork for 50 plots on ½ acre provided by Conjeo Recreation and Parks District in early 2000. Don filed the corporation papers as a 501(c)(3), a non-profit organization, in the name: The Community Gardens of the Avenue of the Flowers. 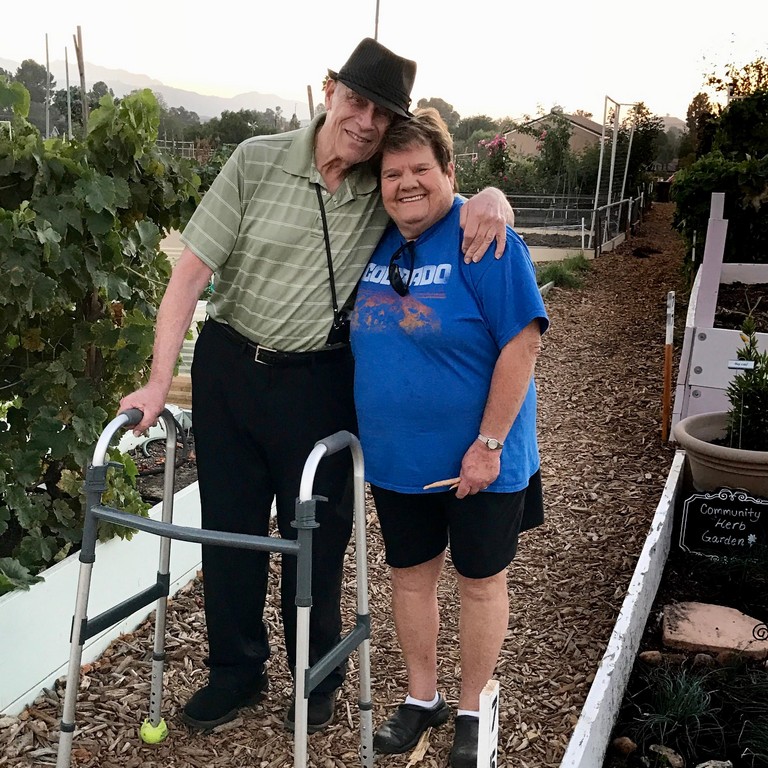 2009 – The garden expanded another 1/2 acre and made for the addition of 40 plots, so in 2009, we leased 90 plots to individuals, families, and schools 2011.Work on the pergola began and was complete in 2014. Beautiful stonework and benches that convert to tables make the pergola a meeting place for many events. The entire area was named after founder Don Jacobs in 2015. Loren Stone of the Conejo Valley Woodworkers Association made the beautiful sign out of oak. 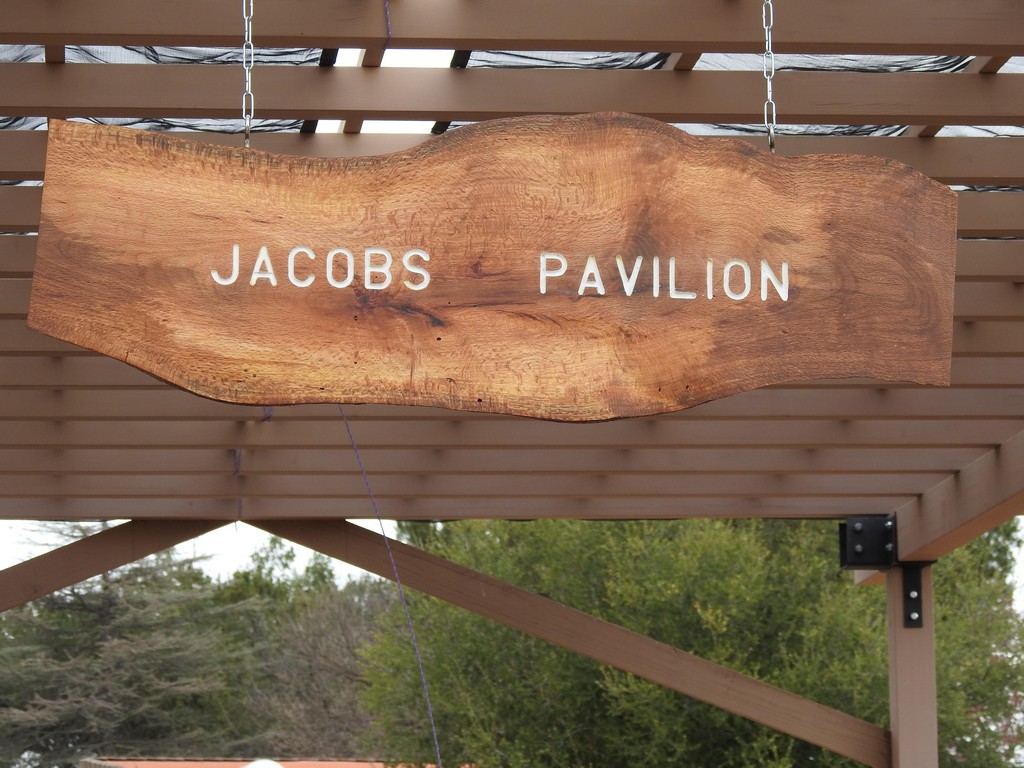 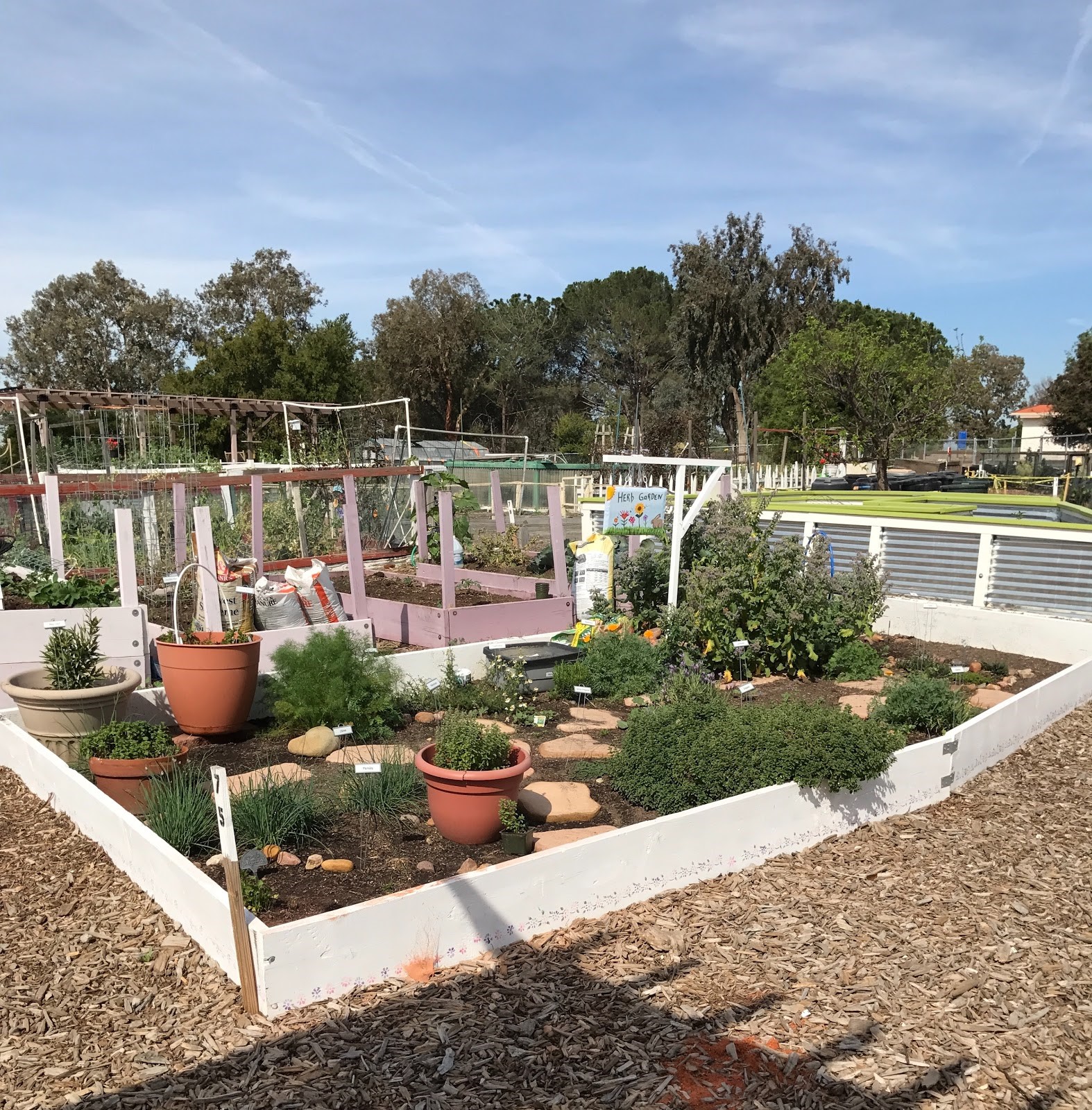 The Community Herb Garden began as a half plot, but quickly became a full plot in 2011. It provides culinary and medicinal herbs for usage by all community garden members. It is also a favorite spot for pollinators.

In 2011, President Susan applied for a grant to install a greenhouse on-site, and a kit was purchased. It was completed with filtered water, a mister system, and thermostatic controls in 2014. Many of our members use the greenhouse on a regular basis now to start their seeds. The greenhouse is monitored by a committee, who provides orientation to our members. 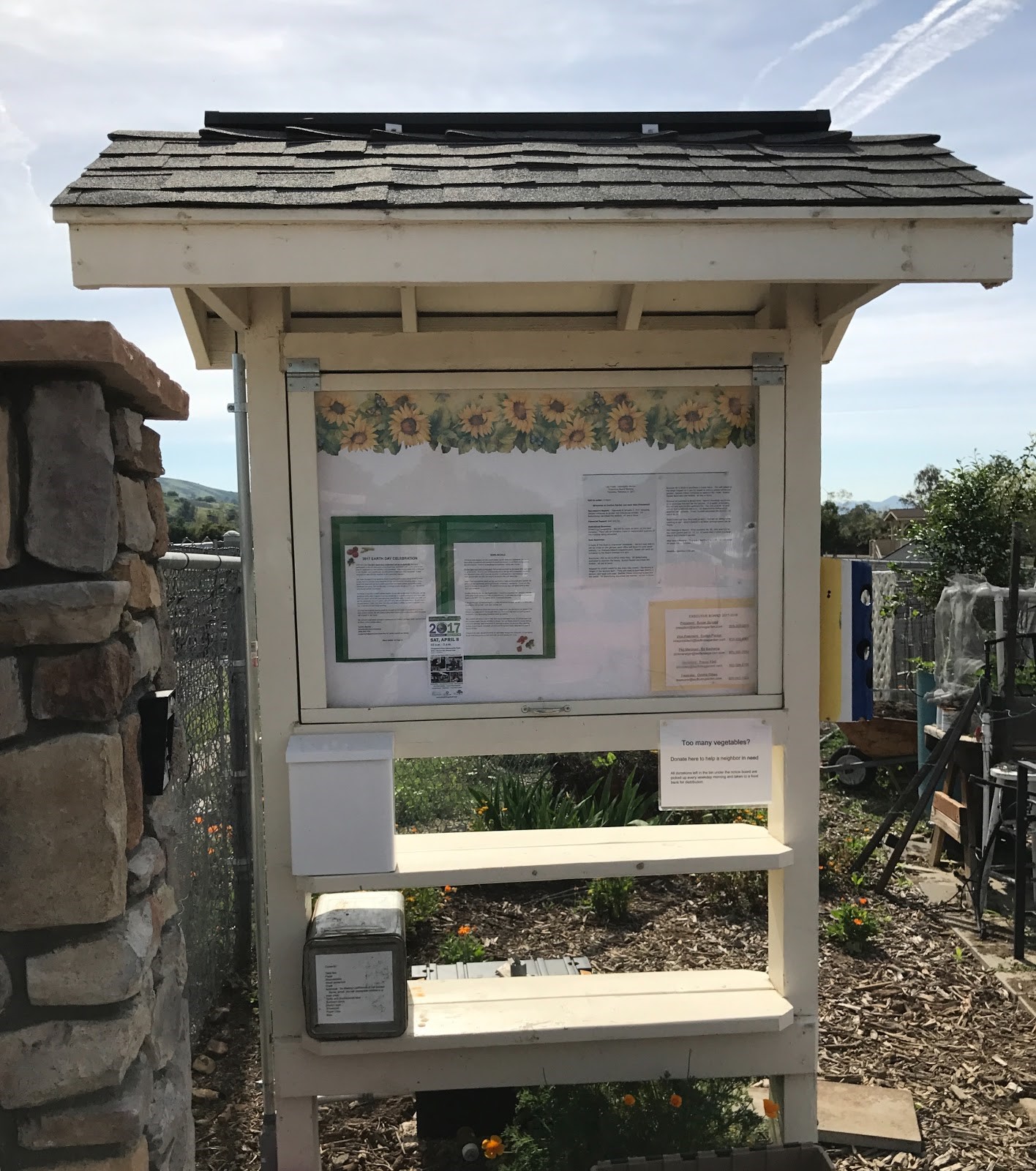 Projects involving scouts earning their Eagle Scout status has been part of LFCG since the beginning. The original kiosk was built as an Eagle Scout project, and in 2011, another young man updated and moved the kiosk to its new location, just inside the front gate. 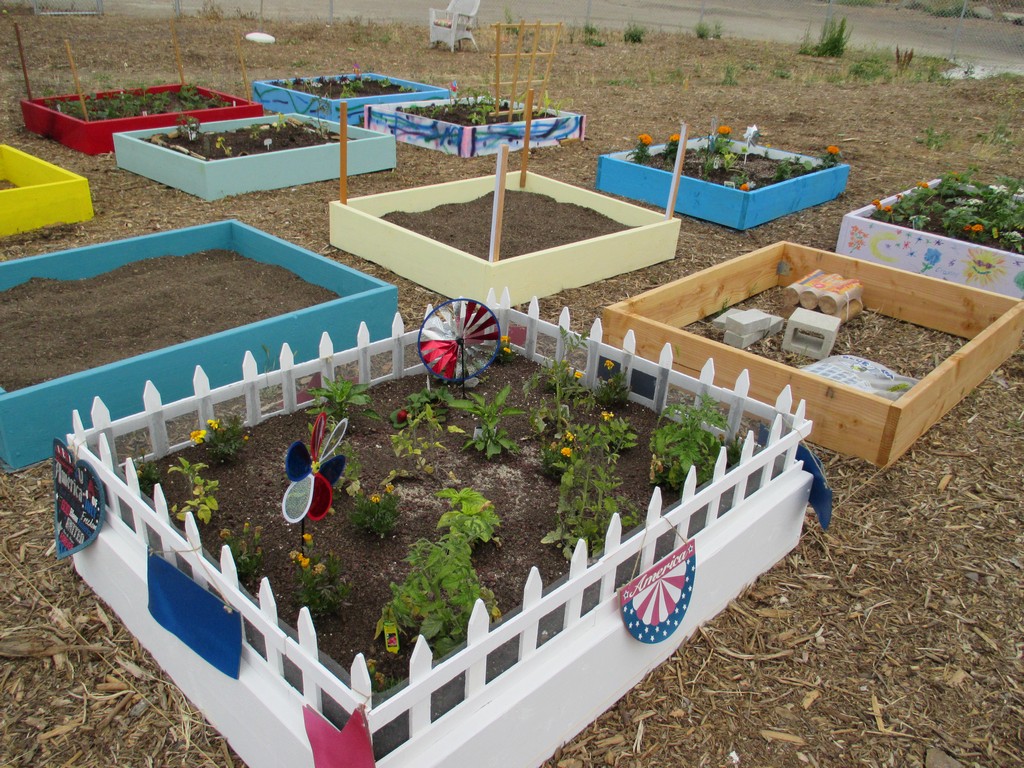 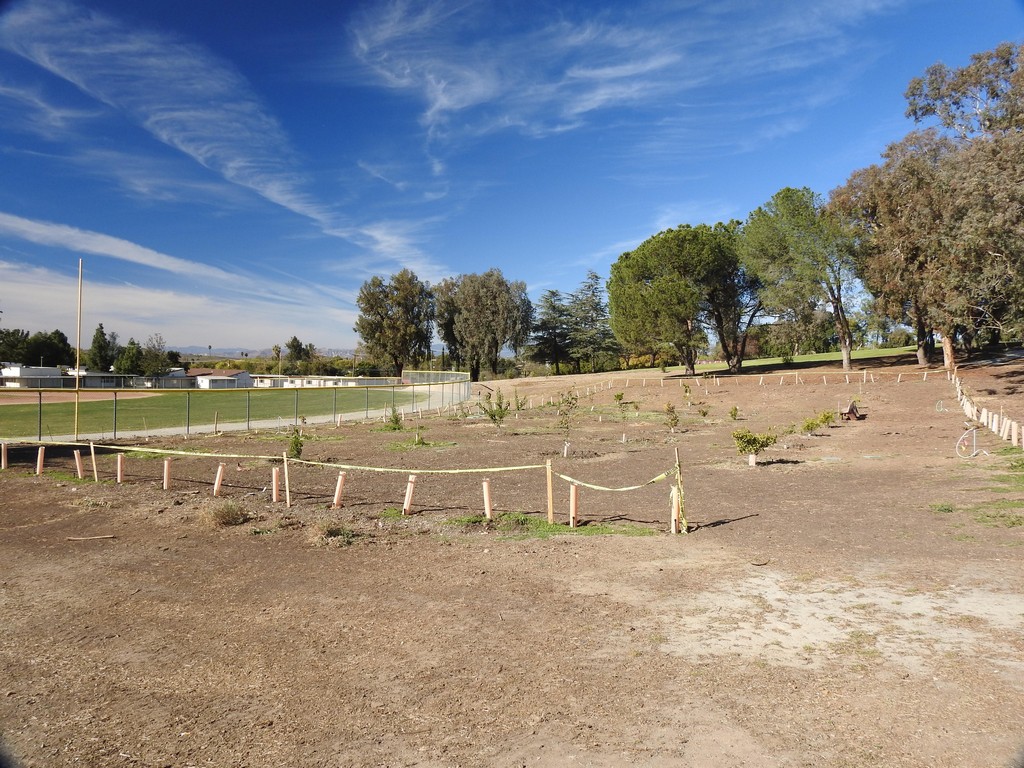 2016 – the ½ acre Orchard @ Las Flores was added on the far west end of the community garden. At the end of 2016, Las Flores Community Garden is 1.79 acres, and maintains a large waiting list. 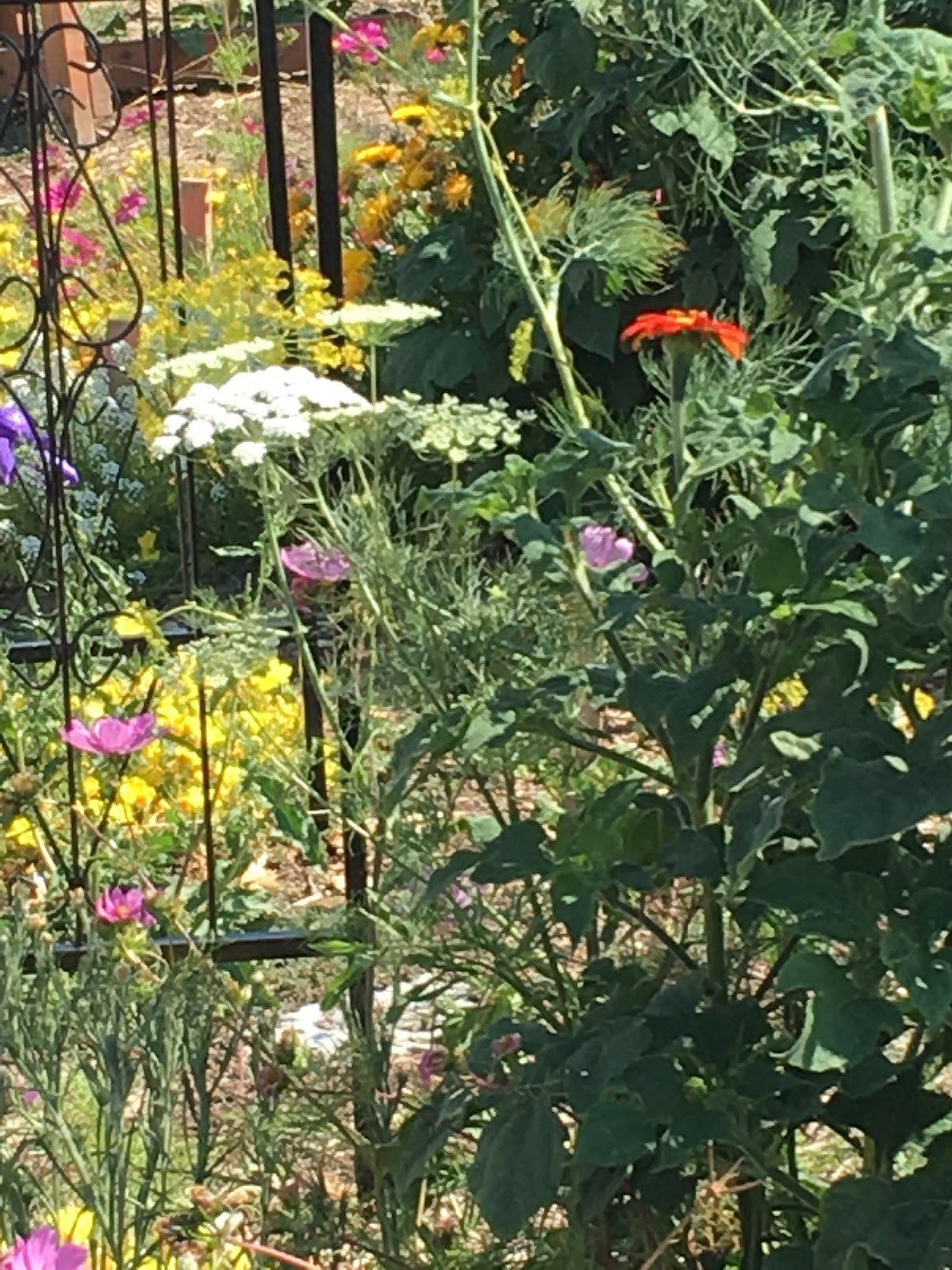 13 Children, ages 6-12, built the first part of the Butterfly Habitat in the Children’s Garden. This was a 6-week class offered through CRPD, and taught by LFCG members. The focus was on the Monarch Butterfly, and they planted both host and nectar plants. 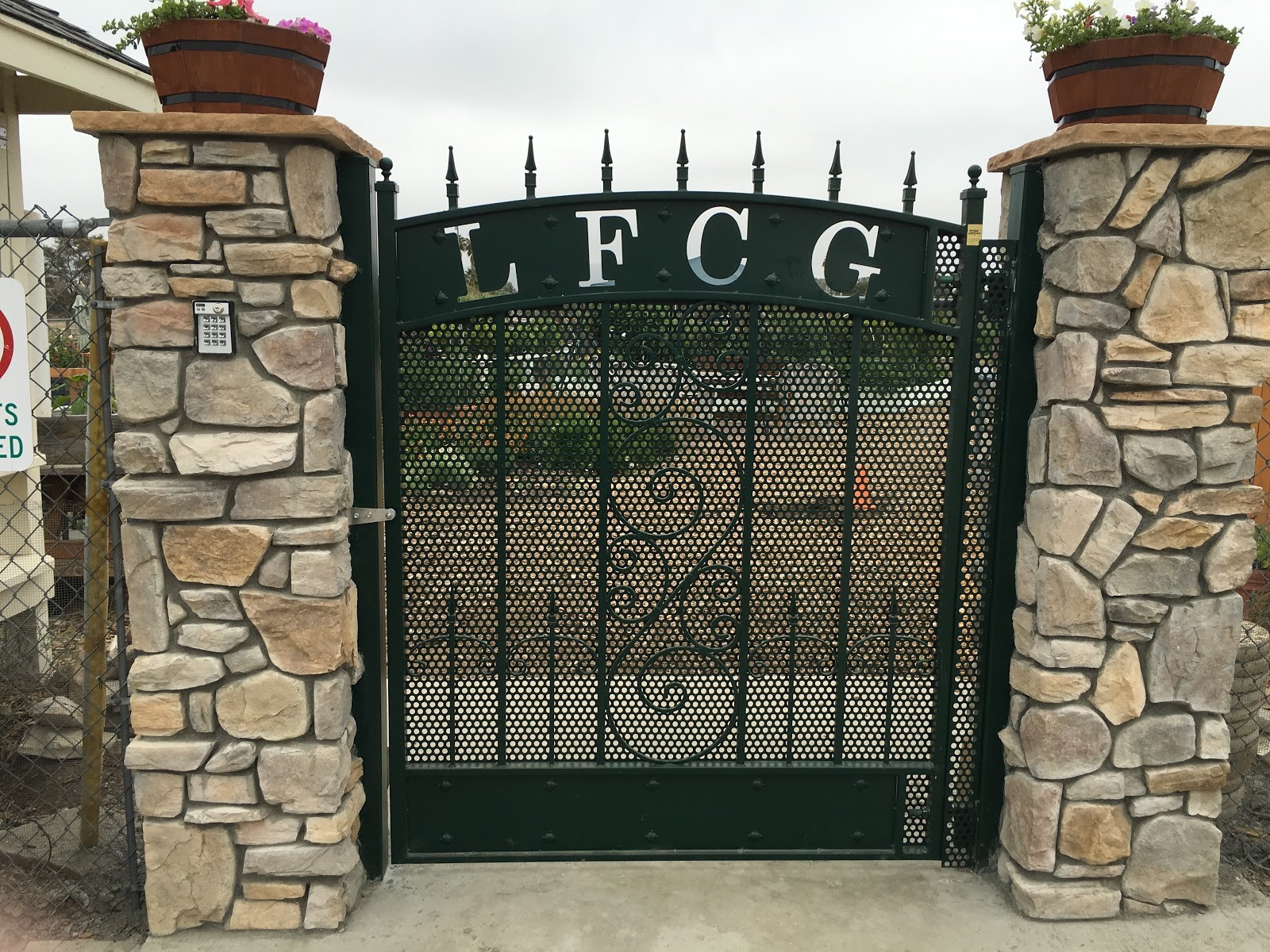 With a Capital Improvement Grant from Conejo Recreation and Parks District (CRPD), the front gate was a major project involving a large team of planners and workers. It is not only beautiful, it provides a more security for our Gardeners.

Due to the distance between the front of the garden and the Orchard, it became clear that we needed a way to travel with supplies. The 2016 CRPD Grant was used to purchase our Husqvarna Tractor and large cart. Weeds around the perimeter are quickly mowed too.