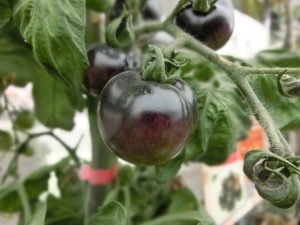 The Difference Between Heirlooms, GMO and Hybrids

Have you wondered what is really means to be an heirloom, GMO or hybrid seed? There are some distinct differences that make all these plants very different. Heirloom plants are the only ones that truly breed, as they passing down traits from generation to generation. Hybrid can happen organically in nature or with human intervention. Hybrid is when plants cross-pollinate and create a varied variety of plant. Both heirloom and hybrid plants can be viewed as natural occurrences. GMO plants can only be produced using unnatural methods such as gene splicing. Scientists basically modify a seed’s DNA in a lab to ensure the resulting plant produces the desired traits and characteristics. A common example of a GMO plant is Bt-Corn.

When you say you grow heirloom tomatoes one might think you have some type of passed down family tomato plant from your grandmother. In some way you kind of have.

Heirloom seeds come from open-pollinated plants that pass on similar characteristics and traits from the parent plant to the child plant.Every gardener uses different definitions to define the term heirloom plants. Some say that heirlooms should be at least 50 years old and passed down from farmer to farmer. Some gardeners claim that heirlooms were discovered and introduced before the 1920’s, others state this was not until the early 1950’s. Either way, this is a long line of growing if you consider this to be true.

Heirloom vegetables taste better. It is as simple as that. A tomato from an heirloom plant is going to have more flavor. People who have tasted an heirloom tomato variety will tell you there is something uniquely different about the flavor. It gives you a burst in your mouth that makes your taste buds very happy.

If you grow from seeds, the seeds from heirloom vegetables can be properly dried and stored and planted the following year. You will always have a supply of seeds when you use heirloom varieties.This means you won’t technically need to buy seeds ever again, assuming you only want the same plants for years to come. For the most part we should consider heirlooms to be seeds that are able to regrow and pass on from one generation to the next. This a low cost advantage of using heirloom seeds vs buying new hybrid seeds each year. In a sense, it’s the ultimate sustainable gardening practice.

There is something to be said about eating vegetables that were essentially fathered by the heirloom seeds that have been passed down for decades, centuries in some cases. So, you could be eating the same tomato as one of your grandparents ate years ago.

One of the traits many gardeners like about heirlooms is the story behind them. One of my favorite heirloom stories is the “mortgage lifter” tomato. A farmer facing bankruptcy grew this so successfully that he was able to pay off his mortgage, thus this tomato became a mortgage lifter.

I should note that with heirlooms you are not going to yield a huge harvest, but each fruit you pick is going to be juicy and packed with flavor.

Hybrid plants are cross-pollinated in order to maximize their best features, such as yield, size, resistance to disease, and taste. Hybrid fruits and vegetables have two or more genetic parents. This means that the hybridizer purposely took pollen from the father plant and inseminated the flowers of the mother plant, resulting in the following generation having characteristics of both the mother and father plants. This can happen when nature cross-pollinates via the wind, birds, bees or other insects and also can be done is a scientific environment.

Have you ever had a volunteer tomato plant in your garden? Usually, it turns out to be a red cherry tomato, even if you had not planted any red cherry tomatoes the previous year. That is a hybrid seed reverting back to one of its genetic parents, most commonly a red cherry.

Most tomatoes that you buy in the supermarket are hybrids that have been designed to mass produce, perfect fruit every time. Unfortunately, the perfect fruit doesn’t always taste great. Have you ever sliced up a perfectly round, firm and all around red tomato and put it on your sandwich only to discover there is almost no flavor?

There is a scientific reason for the lack of flavor. When a single plant is loaded with too much fruit, it can’t put the energy into each of the fruits. It is like trying to feed 25 people with a single helping of food. It ends up giving you a blander tasting fruit, as there isn’t enough energy to go around. In most farming practices, since these hybrid plants produce high yields of larger fruits and vegetables, more nutrient rich fertilizers must be applied to support their growth, resulting in more nutritional losses. These rich nutrients rob plants of minerals and vitamins, but increase the yield. So more fruit, but less taste and nutrients.

This may sound like some high tech farming, however, there have been questionable methods to this. For example a frequently used method for creating pest resistant plants involves inserting a toxin carrying gene from a soil bacterium, “Bacillus thuringiensis”, into plant DNA. The plants then will end up producing that toxin, which in turn will kill the larvae of their pests. We don’t know how this toxin affects us as humans. In another process, soy beans are genetically engineered so that they can handles high levels of pesticide application. As a result more toxic pesticides are being applied to these crops and ultimately end up being eaten by us.

The GMO debate continues to be a hot topic in politics and communities. My belief is that we must stay informed of ongoing research regarding the safety of genetic modification. I think people should have the right to know whether or not they are consuming genetically modified foods so they can make their own choices regarding their food choices.

Plant genetics is more complicated than new gardeners may realize. There are many factors to consider when deciding what is right for your garden. Now that you know about differences among heirlooms, hybrids, and GMOs, you have more knowledge to make informed choices about purchasing or saving seeds.